The council was directed by the Minister for Infrastructure and Planning to reconsider the north-south alignment for the Greenlink, as the Minister did not believe due consideration was given to 1,600 community submissions objecting to the proposed route along the Energex easement. This was despite Mayor Bob Abbot’s confident prediction that council’s position on the north-south Greenlink would be ‘rubber-stamped’ by the state government.

The Minister directed council to undertake further more detailed study of the Greenlink, requiring it to ‘consider in detail options 1 and 4 as outlined in an independent report, and any other options including the widening of roadways and priority treatments for buses’.

However, council’s recommendation that will be tabled at a special meeting tomorrow states:

‘The intent of this further analysis is to provide to the Minister for Infrastructure and Planning more detail around two of the North-South Greenlink alignment options for his consideration, as such, it is not intended that further community engagement will be undertaken until such time as detailed planning is to be undertaken on the nominated alignments.’

SDDCA president Murray Lyons said the proposal to be voted on by council appears to ignore the Minister’s expectation that the review consider additional options – which could include the association’s recommendation that the Greenlink use existing roads, particularly Claymore Road.

Mr Lyons said, “We have complied with all of council’s procedures with regards to submissions, however, during this process we could see that council were not willing to support the community with regard to concerns over the proposed route of the north-south Greenlink which included:  safety issues; loss of privacy, amenity & lifestyle; noise impacts; air pollution; pedestrian/vehicular conflicts; loss of parkland; impact on habitat; disruption to traffic; decreased property values and the overall value and viability of the Greenlink as a public transport initiative.

“It is extremely frustrating that council staff appear to also be ignoring the Minister’s direction as there is no mention of considering any other options including the widening of roadways and priority treatments for buses, as has been the SDDCA’s recommendation all along.

“We have suggested Claymore Road be upgraded to include a T2 (public transport) lane that would service Chancellor State College secondary campus; the proposed technology precinct; USC Sports Stadium; Siena College and the Sippy Downs Town Centre.  We feel that this would be far more beneficial than a route that will only transport Palmview residents to the University.

The SDDCA requested from council, a copy of the briefing given to the consultants that provided the independent report and were advised that there was not one written.  The Introduction and Purpose of the independent report states “The advice provided represents a preliminary assessment and is limited by the absence of detailed investigations and consultation with key stakeholders. Cost estimates are comparative only.”

Mr Lyons expressed concern that council’s recommendation is to again engage the same consultants which will be at a considerable cost, but to NOT engage residents most affected, until such time as detailed planning is to be undertaken on the nominated alignments.

Mr Lyons said, “Whilst we acknowledge that council supported the community on a number of issues, significant support came from three meetings we had with both the Minister for Infrastructure and Planning and the Minister for Main Roads.  This was during a period when council was solely responsible for the consultation process and received over 1200 SDDCA proforma submissions.

“I believe that the direct representation to the Ministers by the SDDCA, together with Member for Kawana Jarrod Bleijie and Cr Christian Dickson, contributed to the conditions put in place by Minister Hinchliffe.

Mr Lyons said the SDDCA committee has spent considerable time over the past two years on the proposed Palmview development and was pleased at the reprieve by the Minister. The SDDCA is concerned that the council will tomorrow vote to discontinue community engagement on a transport corridor that under the council’s existing policy will adversely impact an existing community to deliver dubious and unsubstantiated benefits to a community that does not yet exist.

“We would hope that a majority of councillors will support Cr Dickson and vote to amend the council recommendation to fully comply with the Minister’s direction, but from past experiences that is unlikely, especially with council’s integrated transport portfolio holder Cr Vivien Griffin labelling the Minister’s conditions as ‘nonsense’.”  Mr Lyons said. 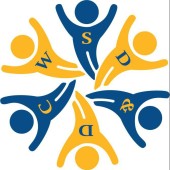 Save our on-off ramps