The Sippy Downs and District Community Association (SDDCA) has praised Sunshine Coast Council for successfully finalising the Infrastructure Agreement for the Palmview development.

On 23 April, after extensive negotiations facilitated by council with Unitywater and the Palmview landowners, infrastructure funding arrangements were signed off.

SDDCA Vice President Sheree Lyons said, “The SDDCA has been involved in the planning process for this greenfield site since 2009. During this time, we have made numerous submissions; lodged petitions; gave evidence at a parliamentary committee hearing; hosted several public meetings attended by hundreds of residents and had countless meetings with all levels of government, landowners and stakeholders.

“Through all of this, our message has been – we are not against development at Palmview, which will house a population of approximately 17,000 people, but wanted to ensure that development would not proceed without the provision of appropriate supporting infrastructure. We were very supportive of an infrastructure agreement that would provide certainty to the community and ensure that the development would be sequenced, so that adverse impacts on the Sippy Downs community would be minimised and the potential future burdens on local ratepayers reduced.

“Through advice received from council, I am pleased to say that the current infrastructure agreement has addressed the major concerns of the SDDCA and commend Sunshine Coast Council planning staff and councillors for standing by our community”, Mrs Lyons said.

“We must particularly thank our divisional councillor and Chair of Town Planning – Cr Christian Dickson; former CEO John Knaggs and Director of Planning Warren Bunker. They have guided us through this process and listened to our concerns for the past six years.”

Mrs Lyons said the north-south Greenlink along the existing Energex easement was the most emotive element of the Palmview Structure Plan for many residents, and strongly rejected. The Greenlink requirements have now been removed and public transport is to be provided by the developers in the early stages of development.

“The sequencing of development and infrastructure is of particular importance for both the existing community and future Palmview residents.  Had initial access been via Spring Hill Drive, this would have placed unsustainable pressure on the Sippy Downs local road network and an unbearable burden on school traffic. Council has confirmed that the Claymore Road extension will be the first road link into the development. In order to progress the development of Claymore Road, Counci is contributing $9 million towards its construction.  This is to be paid back by the developers within 3.5 years with interest as development progresses.  The SDDCA believes this is a great initiative.

The SDDCA notes other positive key elements, including retention of the requirement for ecological protection of identified areas within the Palmview Structure Plan area.  There is also a requirement for Council and the State government to continue detailed investigation into future southern road links from Palmview to Caloundra Road and three school sites are proposed within the early stages of development. District sports fields will also be provided in the early stages of development which will be of benefit to both Palmview and Sippy Downs residents and sporting groups.

The SDDCA has also lobbied for access from Palmview to the proposed Bruce Highway western service road and council has confirmed that this has been included for further investigation.

Mrs Lyons said, “The SDDCA is pleased that the infrastructure agreement for the Palmview development has been resolved by council with the stakeholders and we look forward to viewing the full detail. Our association has always followed proper process and we have found that is the best way to convey the community’s interests.  We have engaged local residents by holding public meetings, distributing information and preparing draft proforma submissions. We have also been fortunate to have direct communication with Cr Dickson and Sunshine Coast Council staff at all times, as well as the support of our State Member Jarrod Bleijie and former State Member Steve Dickson.

“We are currently waiting for the state government to approve the planning scheme amendments for the Palmview Structure Plan area for public notification.  At this time, we will again work with council to notify members and residents that the document is available for viewing and the SDDCA will then lodge a submission.”
Media inquiries:
Sheree Lyons, Vice President, Sippy Downs & District Community Inc
Ph:  0417 648 625 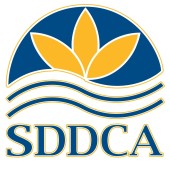